WASHINGTON — A cache of a quarter-million confidential American diplomatic cables, most of them from the past three years, provides an unprecedented look at back-room bargaining by embassies around the world, brutally candid views of foreign leaders and frank assessments of nuclear and terrorist threats.

Articles in this series will examine American diplomatic cables as a window on relations with the rest of the world in an age of war and terrorism.
Other Articles in the Series » 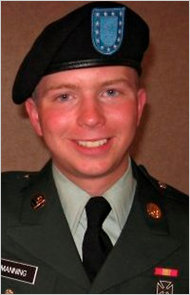 Pfc. Bradley Manning is accused of leaking diplomatic cables and other classified documents to WikiLeaks.

What revelation from the secret documents did you find most interesting?

This article has been revised to reflect the following correction:
Correction: December 3, 2010

An article on Monday about classified State Department cables obtained by WikiLeaks, an organization devoted to revealing secret documents, misstated the most recent year covered by the department’s unclassified history series, titled “Foreign Relations of the United States.” It is 1976, not 1972.
The article also referred incorrectly to Ahmed Zia Massoud, an Afghan official who, a secret cable reported, visited the United Arab Emirates last year carrying $52 million in cash, described as a “significant amount.” Mr. Massoud, who has denied the report, was one of Afghanistan’s two vice presidents; he was not the lone vice president. And the article also referred incorrectly to an unidentified Yemeni official who, according to another secret cable, had joked about lying to Yemen’s parliament by saying that Yemeni forces, not American forces, had carried out missile strikes in Yemen against Al Qaeda targets. The unidentified official was one of Yemen’s two deputy prime ministers, not the only one.
Posted by Unknown at 4:44 PM